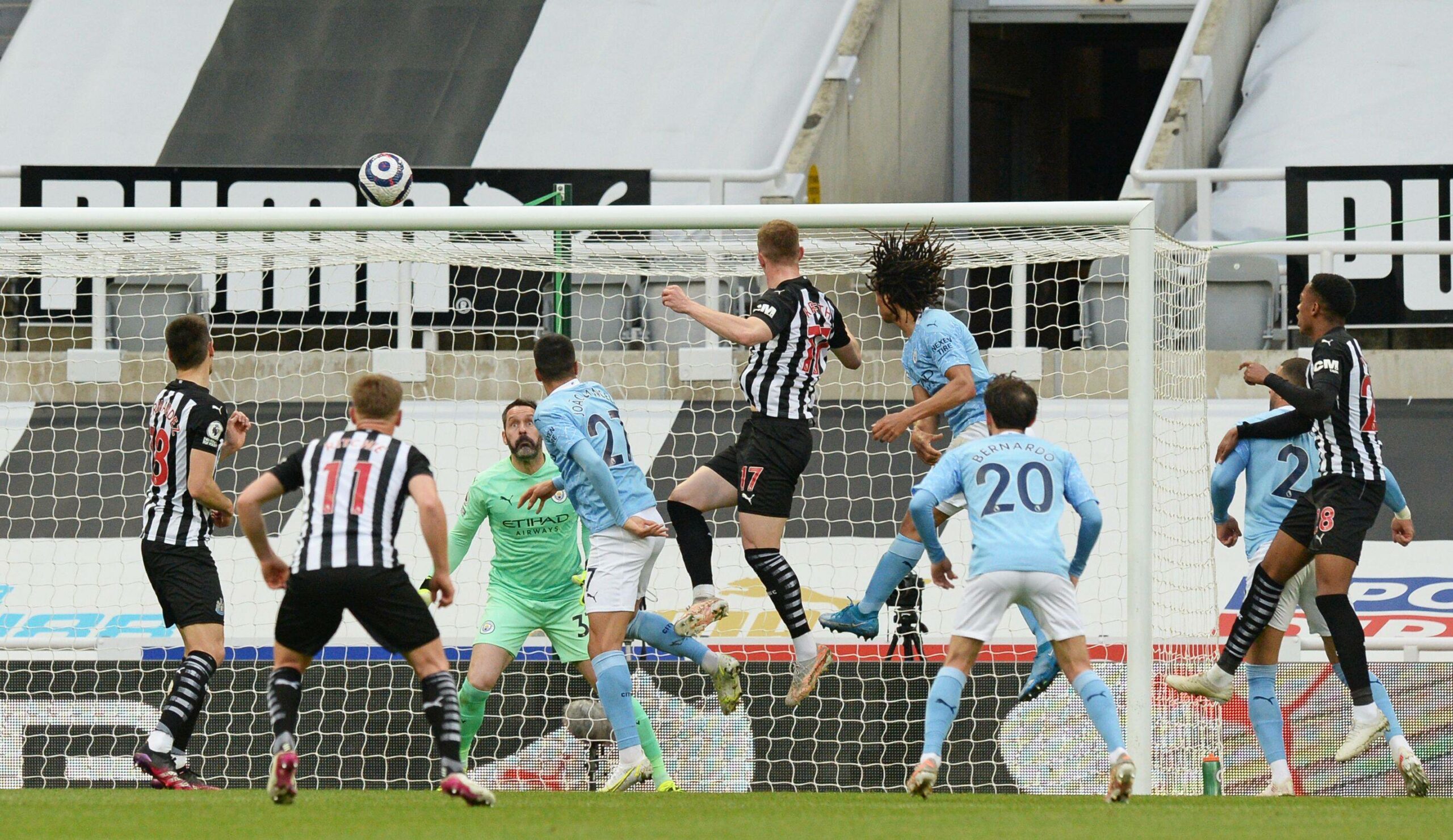 Newcastle United and Manchester City faced off at St James’ Park in a seven-goal epic on Friday night, with the newly-crowned Premier League champions running out 4-3 victors.

An absolutely extraordinary evening in Tyneside saw the Magpies take the lead against Man City on two separate occasions but only to be pegged back within 15 minutes.

Emil Krafth broke the deadlock midway through the first half, rising above everyone in the box to meet Jonjo Shelvey’s perfect corner-kick delivery.

Unfortunately, Newcastle’s lead did not last long as Joao Cancelo pulled one back for the visitors in the 39th minute after his powerful low effort took a slight deflection to end up in the bottom left corner.

However, the hosts managed to put things back to square one before the break as Joelinton converted a spot-kick on the stroke of half-time.

The Magpies were off to a flying start to the second-half through Arsenal loanee Joseph Willock, who sent the ball into the back of the net despite seeing his penalty thwarted by veteran keeper Scott Carson.

Again, Newcastle failed to hold onto the lead, allowing Torres to level the score only four minutes after going in front.

Like it was the case in the first half, a lack of concentration saw the home team concede twice in quick succession, with the Spanish forward completing his hat-trick in the 66th minute.

Despite losing, it was a sparkling performance from Newcastle, especially in the front third, something they have been missing so often throughout this season.

During the post-match interview, Bruce heaped praise on his side’s attacking display but slammed the way they defended against one of the best attacks in the Premier League.

“We are delighted to score three times against them. It does not happen for any team very often,” the Magpies boss said, as relayed by The Northern Echo.

“But the one thing we needed to do was defend better.

“We have taken the lead a couple of times and needed to defend better.

“They are such a good side. It is remarkable how good they are, so it was disappointing we did not take anything from it.

“We have to stop conceding the way we did, but I have always said that we are a threat. We a threat on the counter-attack, but it is getting that balance right that is the key to it.

“We have people who can spring forward, and some of our counter-attacking play was very good. But we had to defend better to enable us to get something against Man City.”