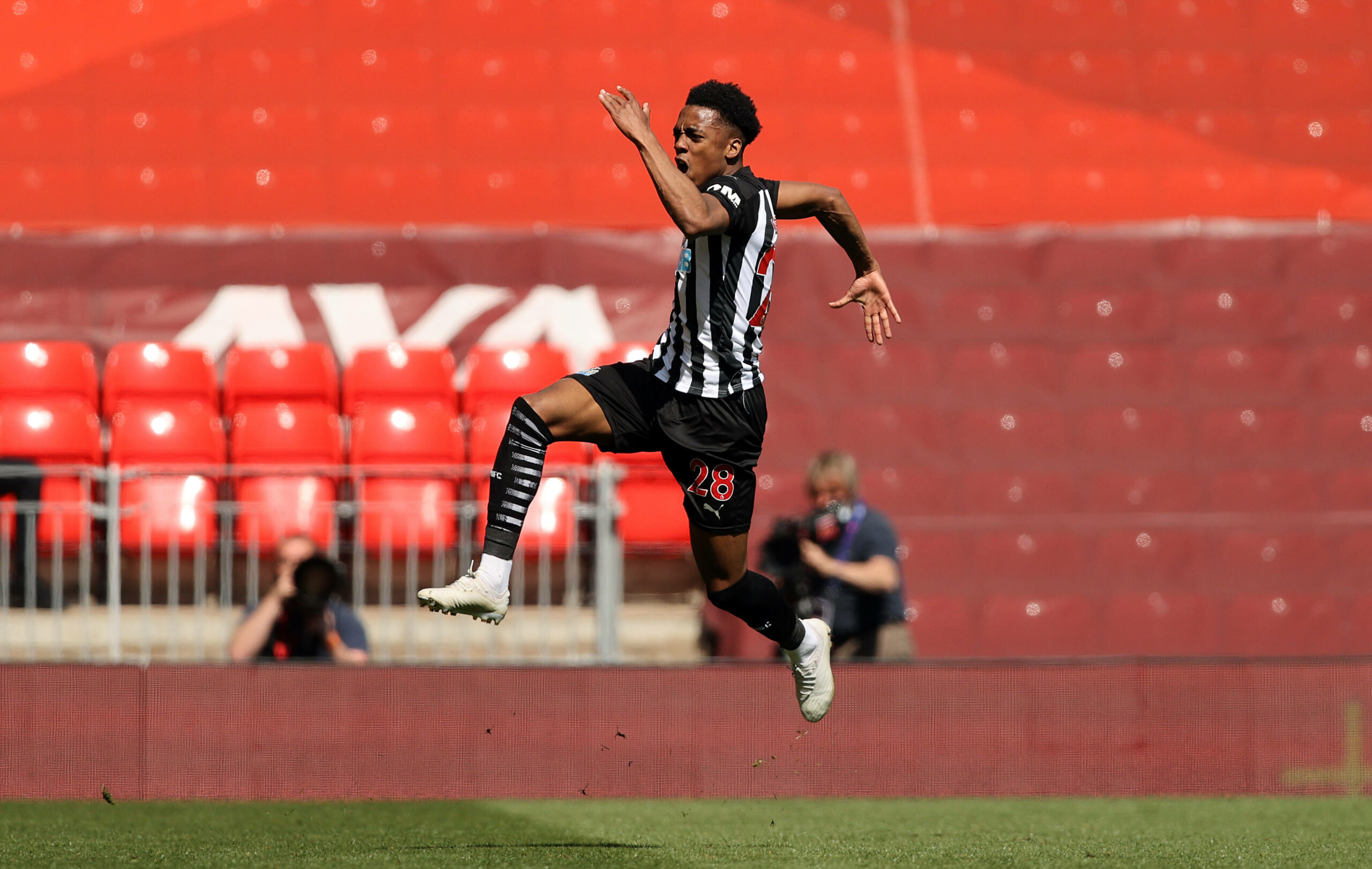 After finding regular first-team action hard to come by at the Emirates in the first half of the season, the 21-year-old joined the Magpies on a half-season loan on February 1.

In a three-month span, Willock has turned from a peripheral figure at the Emirates into the St James’ Park hero, having scored some vital goals for Newcastle.

After netting in his Premier League debut for Steve Bruce’s side against Southampton, it took the prodigious attacking midfielder six matches to return to the scoresheet.

However, since grabbing a last-gasp equaliser against Tottenham in early April, Willock has gone on to score in the subsequent two league appearances for the Magpies.

He then nodded home a winner against West Ham United to give his side a decisive nudge in their relegation battle.

Last weekend, the prodigious Englishman managed to upset Liverpool with a 95th-minute minute strike that helped Newcastle walk away from Anfield with a point.

The Tynesiders are desperate to keep the Arsenal loanee beyond the summer, with no buyout clause included in his loan.

It is still uncertain whether the Gunners have plans for Willock for the 2021/22 campaign, though Arteta has recently waxed lyrical about the talented youngster.

But former Manchester United defender Ferdinand believes the Londoners would make a big mistake if they fail to retain the ex-England U-21 international.

“He is someone at Arsenal that I would have kept. He is a good young player.

“If Arsenal do not take him back and have him around that squad… I do not know, man.

“I really like him and I like his personality. He is not shy to come on the big stage and play and perform.

“And the last three goals he has scored have been massive goals for Newcastle. It shows he has got the temperament.”