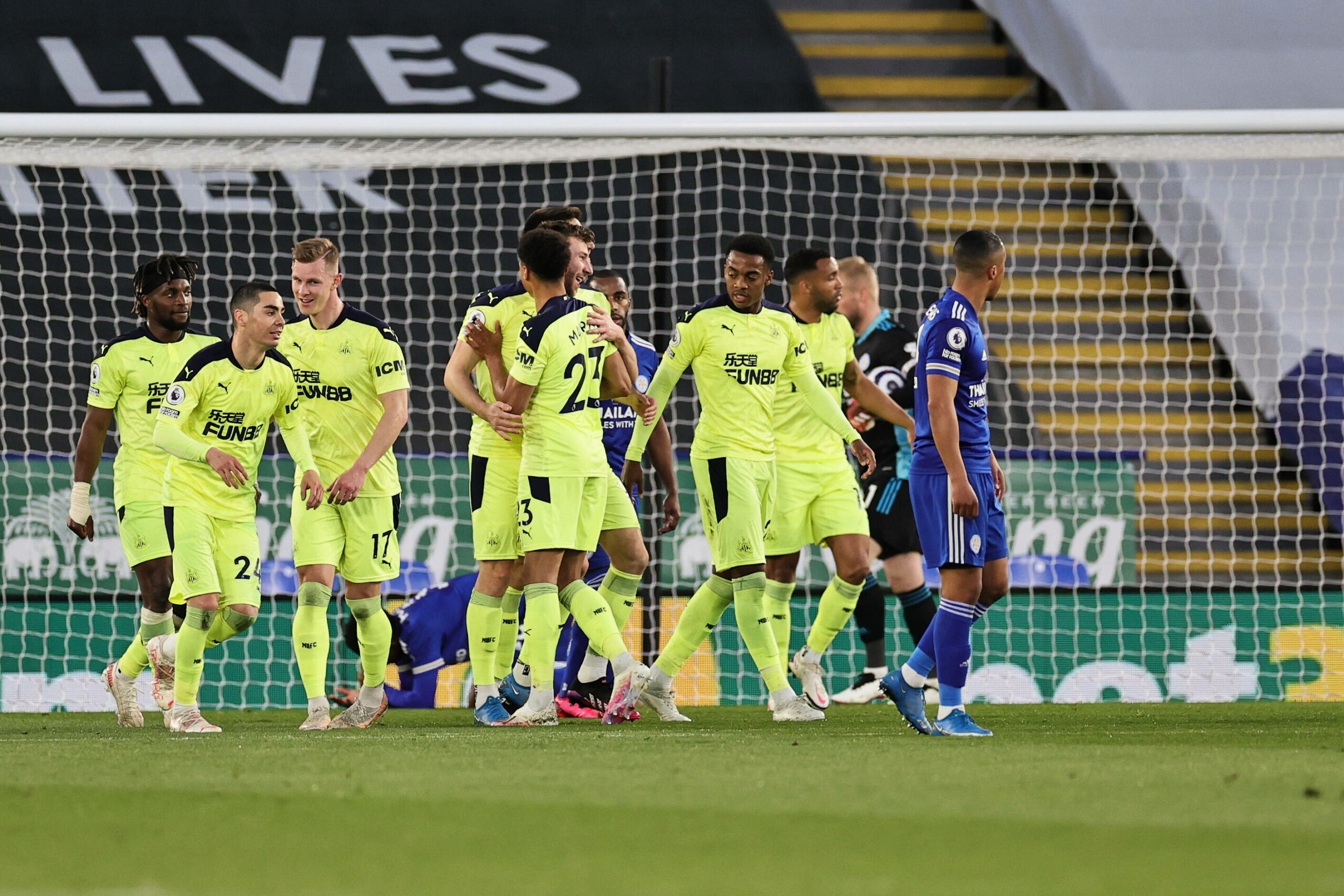 Coming off the back of a 4-2 thumping of Leicester City at the King Power Stadium, the Magpies look to put the brakes on a three-game winless run against Man City in the Premier League.

Following a 2-0 reverse at the Etihad in the reverse fixture, Newcastle could succumb to their first Premier League double to City since 2017/18.

Newcastle have defeated Man City just once in their last 12 Premier League matches at St James’ Park (D3, L8), drawing a blank in 50% of those encounters.

The Magpies have attempted 41 shots across seven Premier League clashes against Pep Guardiola’s City, averaging just 23% possession in that sequence.

Steve Bruce’s men have lost their last three clashes against City in all competitions by an aggregate scoreline of 9-0, conceding in both halves on each occasion.

Newcastle have claimed just a single triumph in their last 20 top-flight games against the sides starting the day at the league summit (D4, L14), courtesy of a 2-1 victory against Chelsea in December 2014.

Before a 2-0 loss to Arsenal in their most recent Premier League fixture, Newcastle had scored in eight league matches at St James’ Park on the trot.

Man City have suffered just one defeat in their last 26 Premier League games against Newcastle (W21, D4), losing 2-1 in January 2019 despite scoring the opening inside the first minute.

Since being held to a 1-1 home draw to West Brom in mid-December, the Cityzens have either won or lost each of their subsequent 23 Premier League matches (W20, L3).

Having racked up 11 consecutive away triumphs in the Premier League, Man City could become the first club in English top-tier football to win 12 away league games in a row.

Guardiola’s side are one clean sheet away from tying the top-flight record for the number of shutouts registered on the road across all competitions in a single campaign (17).

Remarkably, the visitors have not lost any of their last 22 away fixtures in all competitions (W20, D2) and are only one game shy of setting England’s top-flight record.