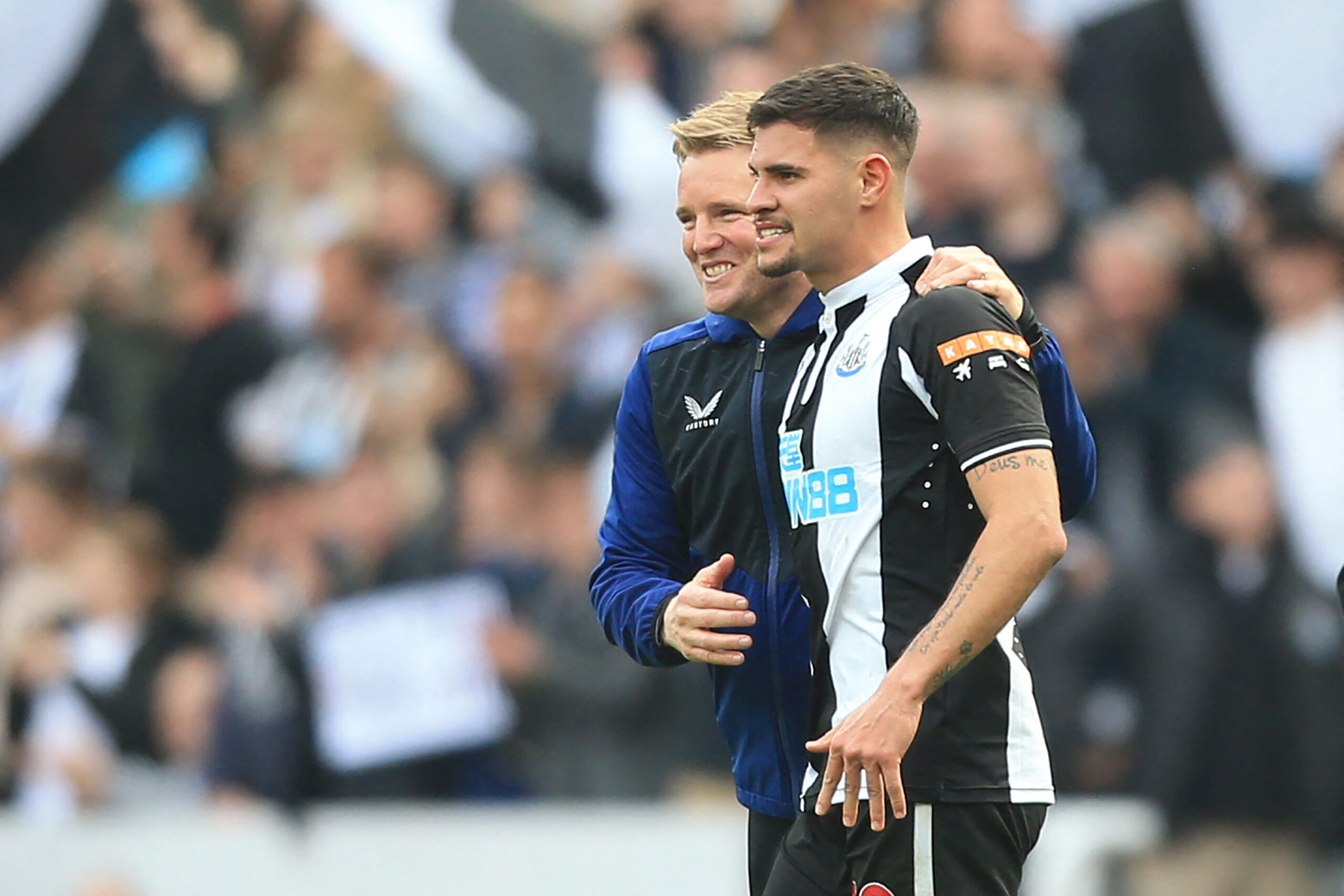 Newcastle United will be looking to build on a morale-boosting 2-1 win over Leicester City when they meet Crystal Palace at St James’ Park on Wednesday.

After three consecutive Premier League defeats by an aggregate score of 7-1, Eddie Howe’s men have won back-to-back league matches by a single-goal margin.

With a substantial 12-point gap separating them from 18th-placed Burnley, it is safe to say the Magpies are in no danger of being sucked back into the relegation battle.

But Newcastle will have to stay on the upwards trajectory to claim a top-half Premier League finish for the first time since 2017/18 as they currently trail 10th-placed Brighton & Hove Albion by three points.

Coming into this round, Palace sit above the Tyneside outfit in the Premier League table, courtesy of a superior goal difference, meaning a victory here would see Howe’s side leapfrog them to 13th.

Newcastle vs Palace, coupled with other midweek Premier League fixtures, will be available to watch live online via soccer streams.

After succumbing to a 2-1 defeat in this exact fixture last season, Newcastle stare at the prospect of losing back-to-back home league H2Hs for the first time in the club’s history.

However, having gone winless in three successive home league games (D2, L1), the Magpies will now take the field on a run of five straight top-flight triumphs at St James’ Park on the trot.

With four of those five victories yielding a narrow one-goal margin, the home crowd could be in for another emotional rollercoaster as Howe hopes to steer his side to the top half of the table.

Patrick Vieira’s men were unbeaten in five consecutive Premier League matches (W3, D2) before slumping to a 2-1 away loss to Leicester last time out.

Palace head into proceedings on the back of a 2-0 FA Cup semi-final defeat to Chelsea on Sunday, meaning they could lose three competitive away fixtures for the first time in 2022.

That seems well in the realm of possibility, given that the Eagles have racked up just six wins from 38 Premier League games hosted on Wednesdays.

Newcastle have emerged as one of the potential candidates to capture the signing of in-demand Benfica forward Darwin Nunez in the summer.

The Uruguayan whizz-kid has enjoyed a stellar season in the Portuguese Primeira Liga, amassing 25 goals from as many league appearances for the out-of-sorts Lisbon outfit.

According to French news outlet Foot Mercato, the Magpies have tabled a bid in excess of €60m, hoping to beat the competition from Arsenal and Manchester United.

Benfica are reportedly ready to cash in on the 22-year-old, handing Newcastle’s hopes of landing the talented striker a boost.

In other NUFC transfer news, Lille defender Sven Botman could be on the verge of joining Serie A leaders AC Milan at the end of the season.

As per Italian publication Calciomercato, the Dutchman is ready to accept the Rossoneri’s offer to link up with Stefano Pioli’s side despite Newcastle’s interest.

The Magpies, who have identified Botman as an ideal defensive reinforcement, were hopeful of landing the player in January, but they will have to find other solutions in all likelihood.