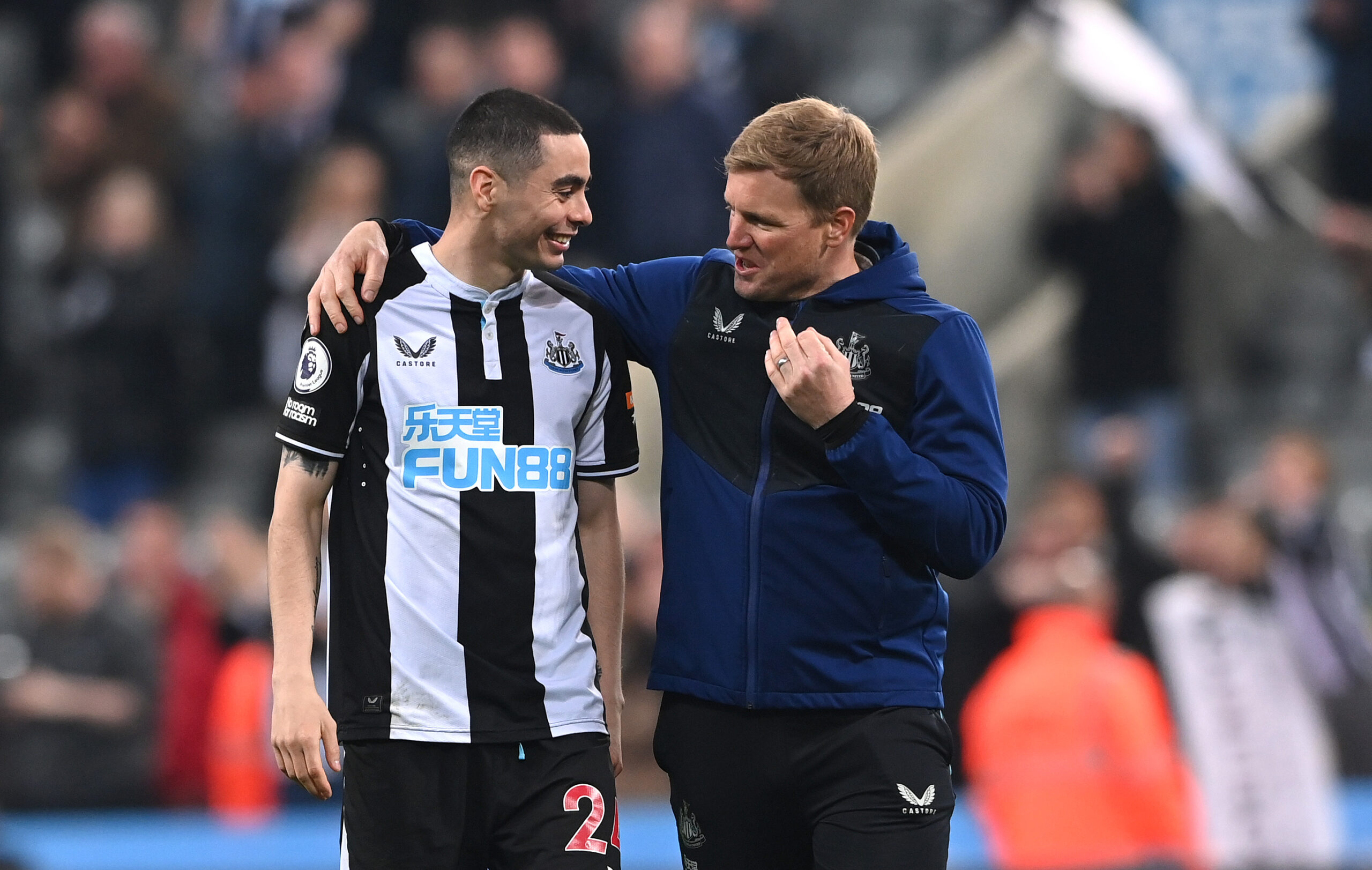 Monday’s high-stakes encounter between Newcastle United and Arsenal at St James’ Park will serve to drop the curtain on Premier League Matchday 37.

Following a disheartening 3-0 defeat at Tottenham Hotspur in the midweek North London derby, the Gunners head into this round frantically looking over their shoulders.

With the fifth-placed Spurs now a single point adrift, any slip-up in the final two matches could prove detrimental to Arsenal’s bid to land a first top-four Premier League finish since 2015/16.

It would be a major disappointment if Mikel Arteta’s men allow their eye-catching four-match winning streak to go in vain, so the upcoming trip to Newcastle will be a test of character.

Tottenham’s potential home victory over relegation-threatened Burnley on Sunday will pile more pressure on Arsenal as it would see Antonio Conte’s side provisionally take the fourth place ahead of the Tyneside showdown.

In other Arsenal news, Arteta blasted the match officials follow his side’s demolition at the hands of Tottenham, as relayed by the Metro.

Despite losing their last two league outings, including a thumping 5-0 defeat at Manchester City last time out, the Magpies have proved they are no pushovers, especially when playing at home.

Before slipping to a narrow 1-0 loss to title-bidding Liverpool in their most recent home league fixture, Eddie Howe’s men had enjoyed a six-game winning streak at St James’ Park.

All Premier League matches, including the one between Newcastle and Arsenal, are available to watch live online via soccer streaming sites.

Arsenal are the most formidable opposition Newcastle have ever faced in the Premier League, as they’ve lost 33 meetings to the Gunners in the competition, more than against any other side.

Indeed, the Tynesiders have suffered a staggering 17 defeats in their last 18 Premier League clashes against Arsenal, except for a 2-1 triumph at St James’ Park in April 2018.

However, the Magpies have developed a habit of rounding things off strongly at home, having won their final home league match in six of the last eight seasons (L2).

Arsenal have proved strong season finishers over the past decade, losing their final away league fixtures in only one of the last 11 seasons (W7, D3), courtesy of a 1-0 downing at Aston Villa in 2019/20.

But Arteta’s men have blown hot and cold on the road since the start of April, registering two wins on their five Premier League travels in that span while losing the other three.

If the Gunners are to defy their topsy-turvy away form, they would be wisely advised to fly out of the traps.

Arsenal have lost all six Premier League away games in which they conceded the opening goal this season.

But Newcastle welcomed Kieran Trippier and Callum Wilson back against Man City, while Ryan Fraser has recently returned to training.

As for Arsenal, Rob Holding will join long-term absentees Kieran Tierney and Thomas Partey in the stands after picking up a red card against Spurs.

With Tierney and Wilson back to the fold, Newcastle will have the necessary firepower to damage Arsenal’s hopes of keeping their top-four bid on track.

Though the Magpies’ victory seems a bit far-fetched at this point, we back Howe’s side to hold the Gunners out for a draw.