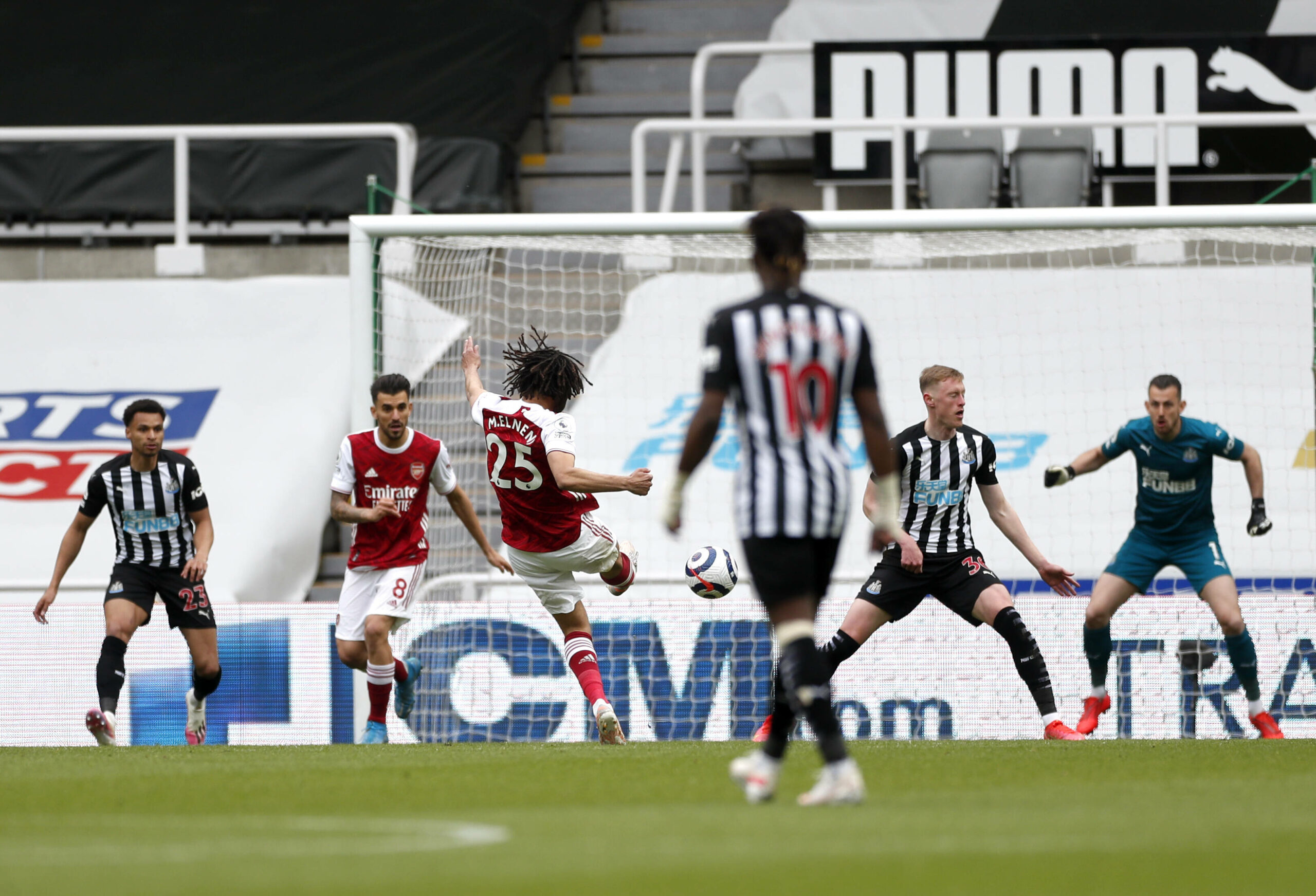 Newcastle United failed to break the Premier League hoodoo against Arsenal, going down 2-0 at St James’ Park on Sunday afternoon.

Unbtean in four Premier League matches on the trot (W2, D2), the Magpies were hopeful of picking up their first top-flight win against Arsenal since 2018.

However, very few things went according to plan, as the hosts produced perhaps their worst performance in over a month.

Mohamed Elneny was in the right place at the right time to get at the end of Pierre-Emerick Aubameyang’s miskick and slot the ball past Martin Dubravka five minutes in the game.

The early lead put Arsenal in firm control of proceedings, with the Gunners producing 13 attempts in the first half compared to Newcastle’s mere three.

Granit Xhaka, who has a history of scoring at St James’ Park, almost doubled the visitors’ lead in the 29th minute, forcing Dubravka to stretch to deny his long-range effort.

Elneny, who opened his Premier League account for Arsenal, nearly netted his second around the half-hour mark but saw his header cleared off the line.

Meanwhile, Newcastle struggled to get possession of the ball and barely managed to trouble inspired visitors in the front third.

Arsenal completely dominated the game in the second half, enjoying much of the possession (67%) and preventing the Magpies from producing a single attempt on target after the restart.

In the 66th minute, Aubameyang escaped his marker to meet an inviting cross from Gabriel Martinelli to put the game to bed.

The Gabonese forward has now scored in five consecutive games against Newcastle, returning to the scoresheet in the Premier League for the first time since March 6.

Steven Bruce’s side failed to recover from a two-goal deficit, allowing the Londoners to control the tempo down the final stretch.

Frustration boiled over as Fabian Schar received a straight red for a reckless tackle on Martinelli in the dying moments of the encounter.

Although a reverse extended Newcastle’s losing streak against Arsenal to six games, the Magpies are pleased to know they remain nine points clear of 18th-placed Fulham, with four league games left to play.