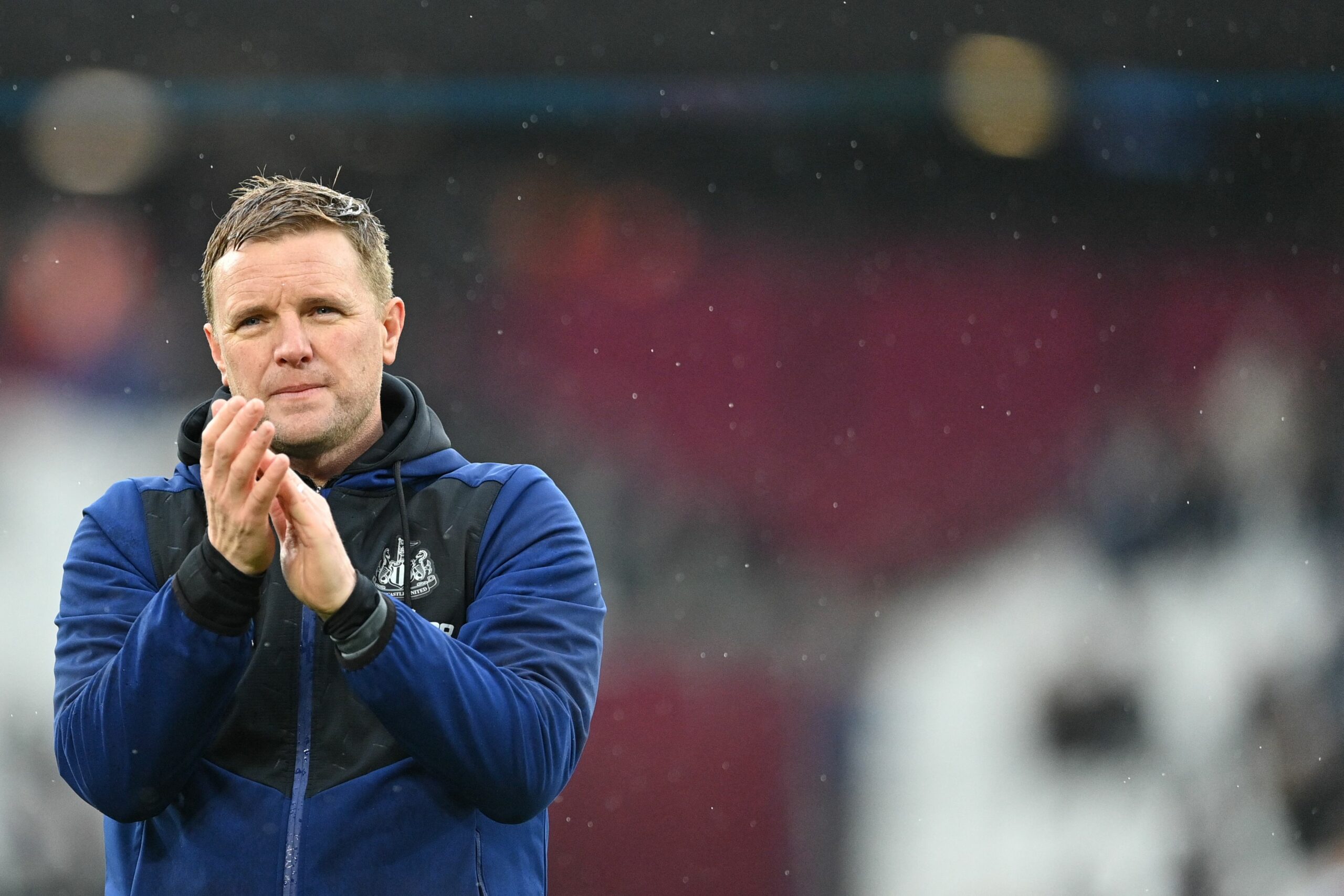 Eddie Howe has heaped praise on Newcastle United’s performance in a comfortable 2-0 win at Brentford as the Magpies continue to build their lead on the drop zone.

Josh Dasilva’s early expulsion set the tone for another celebratory weekend for the St James’ Park faithful as ten-man Brentford failed to cope with Howe’s high-flyers.

It took Newcastle 33 minutes of play to break down Thomas Frank’s defensive set-up, but Joelinton could not time his long-awaited return to the scoresheet any better.

The Brazilian’s solitary Premier League goal of the season before Matchday 27 came against non-other than Brentford back in November, as he found the net again to break the deadlock in London.

Joe Willock, who rescued a point for the Magpies against West Ham last time out, slotted home a curling finish to double the visitors’ lead on the stroke of half-time.

Newcastle barely broke a sweat in the second half against a depleted home side, taking their unbeaten run in the Premier League to seven matches.

Howe’s men are now enjoying their longest undefeated streak in England’s top-flight since 2011, with their lead over 18th-placed Burnley now lifted to four points.

The ex-Bournemouth manager, who joined the club in November as part of the Magpies’ bid to secure salvation, refused to hide his happiness for Newcastle’s performance at the Brentford Community Stadium.

“We are on a really good run,” he said in the post-match interview, as relayed by Chronicle Live.

“The spirit is high and confidence is returning to the players, but we have tough fixtures ahead and aren’t taking anything for granted.”

Even though Newcastle’s new hero Kieran Trippier was out of contention for Saturday’s trip to the capital, Howe hailed the right-back’s decision to join the squad at Brentford.

“Kieran stayed with us last night. He wanted to be around the players, and I think that’s full credit to him.

“That’s his mindset, he wants to make a difference, even though he’s not on the pitch at the moment.

“I’ll always help players if they want to be involved when they’re injured if they’re good personalities, which he is.

Inspired by a raft of eye-catching January signings, Newcastle will take on underperforming Brighton & Hove Albion next weekend.